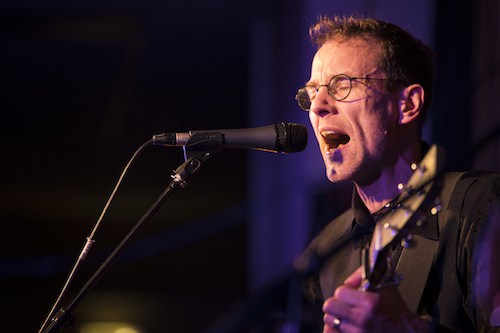 weeWONDERBOX is delighted to welcome Rob Halligan to perform an evening gig as part of our 2017-18 programme and his Wild Horses UK Tour. 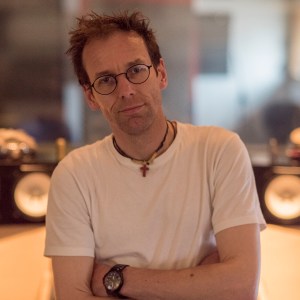 The BBC once described Rob as “Bruce Springsteen having English tea with Billy Bragg”. It’s been a good comparison although you could maybe invite more people along to the party, as Rob has been compared to Neil Diamond, Martyn Joseph and John Mayer. You get the picture. There’s a lot of influence, driven by a love of music and a passion to speak to and from the heart.

Rob grew up on the south coast of England, learning to play guitar after a road accident had him spend six months in hospital. With some mates he formed a string of bands and had his first spell in a studio.

After a messy adolescence with run-ins with the police and a spell living on the streets he found himself in the English midlands and with a lot of help and patience from a Christian community there, sorted out a place to live and a job. Much music making followed.

Then in 2001, Rob’s Dad was killed in the terrorist attacks in New York on September 11th. This was something of a game-changer for Rob, who up until then had seen music as a hobby. After 9/11, Rob decided to give up his job and, as he explains “use my music to make a difference.”

He’d been working as an HR Manager for a pharmaceutical company, now he would take on a part time role at a drop-in centre and use the bulk of his time to concentrate on his music.

Subsequently, he wrote and recorded his first solo album, ‘Dancing With Seagulls’ which immediately earned him recognition as a quality songwriter. The BBC’s Paul Gambaccini commented “These are some of the strongest songs I’ve heard.”

Then in 2004 a huge Tsunami hit South East Asia. Rob decided to use another song, ‘Stand Together’ to raise money for the victims. Rob invited musicians from across the region to collaborate on the recording. “It was our own ‘Band Aid’. An incredible time.” The song reached number 14 in the UK Indie charts despite only being sold in one shop. Altogether ‘Stand Together’ raise £13,500. Most of that money went to the DEC. Then Rob Heard about a local Charity working with children across the world called Global Care.

Rob’s relationship with Global Care has taken him to Bangladesh, Ethiopia and Lebanon, using his music to raise awareness of the work being done with vulnerable children in some of the poorest places in the world.
‘Music has the power to tell stories in a way that connects with people. When 9/11 happened it was huge but for us in the UK it was still the other side of the world. But for me, it was there, in my life, in my living room. I think when I tell these stories it closes the gap and brings those situations into our lives and lets us know we can make a difference.’
Rob’s theme has been reconciliation and forgiveness and his honesty and openness creates a connection with his listeners. His songs aren’t all about world issues, in fact much of what he sings about is our own frailty, doubts and fears in a messed up world.

In 2006 Rob joined the legendary After The Fire, who had hits in the 80’s with ‘Der Kommissar’, ‘One Rule’ and ‘Laser Love’. They recorded a live album ‘One Rule’ with the Bill Mason Band at Salford University that included two of robs Songs, ‘You’ and ‘Dungeon Ghyl’.

After recording two mini-albums, ‘Dark Clouds Fighting’ and ‘The New York Sessions’, Rob met Graeme Duffin, guitarist with Wet Wet Wet. Together with ‘Wets’ engineer Sandi Jones, Rob visited the Foundry Music Lab in Scotland to record ‘Best Thing That Happened’. This took Rob’s sound to a new level and after a gap of 5 years the new album showcased Robs song-writing skills in a powerful way. With Guest vocals from Yvonne Lyon and Gareth Davies-Jones and guitar work from Graeme Duffin, the album gained rave reviews from the music press, a live session on BBC Radio 2 and more TV appearances.

Since then Rob has recorded five albums with the Foundry – ‘Best thing That Happened’, ‘The Perils The Grace and The Way’, ‘Another Fine Mess’, ‘Love Come Down’ and his new 2017 release ‘Wild Horses’.

As well as being a prolific writer, Rob tours extensively. He has played across the UK as well as shows in the USA, Brazil, Canada, Hong Kong and Switzerland.

As one reviewer said, “This is songwriting craftsmanship at it’s best. Its’ a mystery why Rob isn’t better known.”

Access to the event space is via one step. Inside there is a low-stepped ramp. We are happy to provide assistance.

You’ll find details of the full weeWONDERBOX 2017-18 Programme here. Sometimes events are added at short notice, so do sign-up to our eNews to keep  in touch.

weeWONDERBOX is a programme of events organised by the Iona Community’s Programme team and the Wild Goose Resource Group.
0141 429 7281